You are here: Home

Do you need more informations? 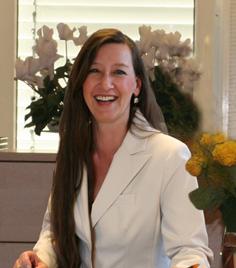 We are happy to advise you competently on the phone or via email. 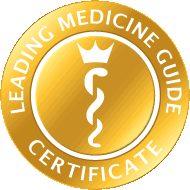 In 1910 the possibility of overheating in order to increase the radiation effect on malicious tumors was described for the first time. This already well-known and applied method was rediscovered as so called "whole body hyperthermia" in the beginning of the 1960s. Since the 70s a number of studies were run to further investigate this therapy form. In Germany it was the physicist and a cancer researcher Manfred von Ardenne above all, who combined the oxygen multi-step therapy and the application of the hyperthermia to form the cancer multi-step therapy. Among other things the modern equipment technology developed by himself enabled a better control of the overheating and thus a more purposeful application in medical practice.

In combination with the "classical" treatment forms like chemotherapy and radiotherapy, hyperthermia achieves a special effectiveness, thereby mutually strengthened resulting in a more likely healing - the so-called synergistic effect of hyperthermia. It was found out that cytostatic drugs (chemotherapy substances) clearly act more aggressively at temperatures over 40° C than within the range of the normal body temperature. Beyond that the tumor cells being thermally damaged beforehand could be fought more easily by radiotherapy lowering its repair abilities and resulting in a reduction of side effects such as hair loss and nausea, which frequently burden the patient psychologically and physically. Even a tumor, which was resistant to chemotherapy and radiotherapy, can respond to these therapies again after a hyperthermia treatment.

In principal these applications use temperatures in moderate ranges. Thereby the emphasis of applications, taking place mostly as whole body hyperthermia, lays on the treatment of chronical illnesses. Among other things this therapy form has a special meaning also for the treatment of allergies and the rheumatic form circle.

The article above is licensed under the GNU Free Documentation License. It uses material from the Wikipedia article on "Hyperthermia" as well as on "Hyperthermie".